"PERSONA is the second magazine in a series in response to a series of meetings of female artists entitled A conversation to know if there is a conversation to be had, held in New York, Amsterdam, Berlin and London in 2010–11. The first journal LABOUR, addressed the question of women’s work, and used the lens of the feminist critique of unpaid labour to look at the contemporary condition of the artist. PERSONA as a jumping off point looks at the condition of self-presentation for the contemporary artist, and in an expansive manner encompasses discussions on embarrassment, refusal, interiority and identification.

With
a new tale in the exploits of Gina Ashcraft,
Personal Press: An Initial Report on the Hogarth Press by Mason Leaver-Yap,
In Friendship: A discussion about the radical potential of friendship between Céline Condorelli and Avery Gordon,
A letter to Marisa Merz by Jen Liu,
The Desire to Desire is Also a Desire – an interview between Josephine Pryde and Sabeth Buchmann,
Short stories by Audrey Reynolds,
Eau de Cologne,
Rita McBride,
Marie Lund,
Embarrassment and The Woman with Too Much Time – two pieces by Eva Kenny,
Alison J Carr interviews Chris Kraus,
Karolin Meunier on Someone Else,
Drop Outs: Slackers, sociopaths and social workers – a conversation between Marina Vishmidt and Melissa Gordon,
Nadia Hebson on Winifred Knights,
Daria Martin: Three Embarrassing Things,
A Motivated History by Sue Tate,
An excerpt from The Tyranny of Structurelessness by Jo Freeman,
and Elisabeth Subrin on Shulamith Firestone." 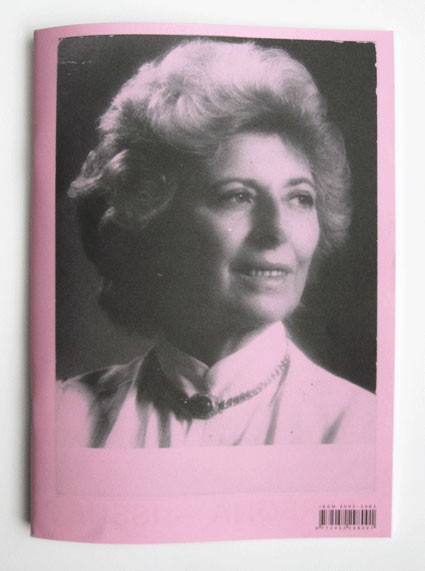 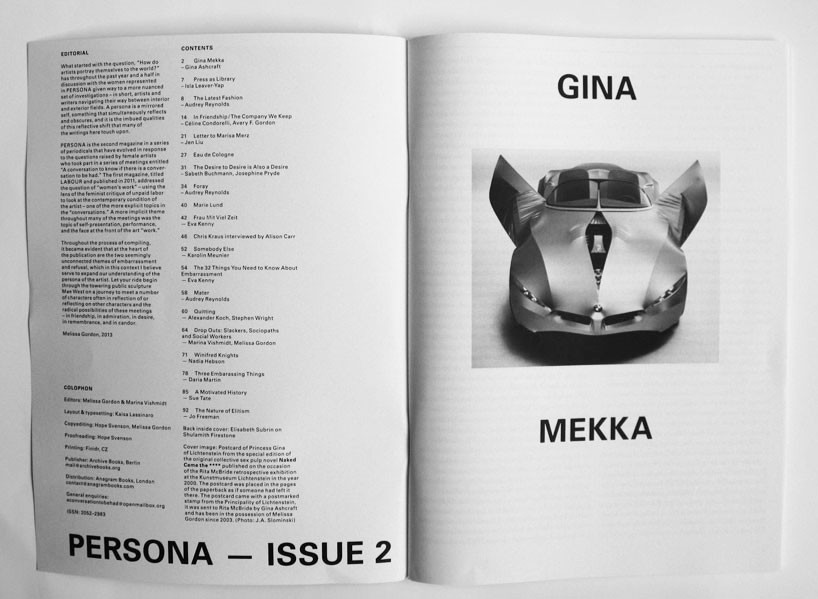 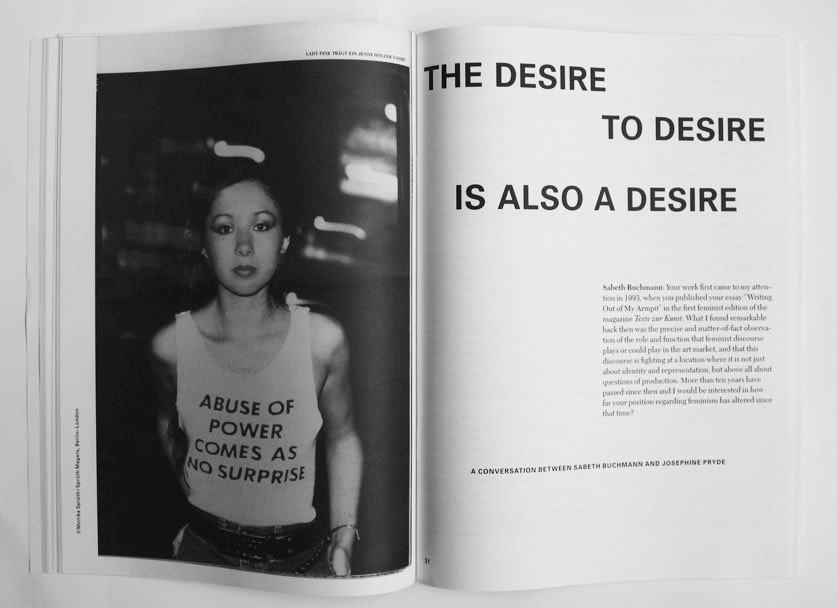